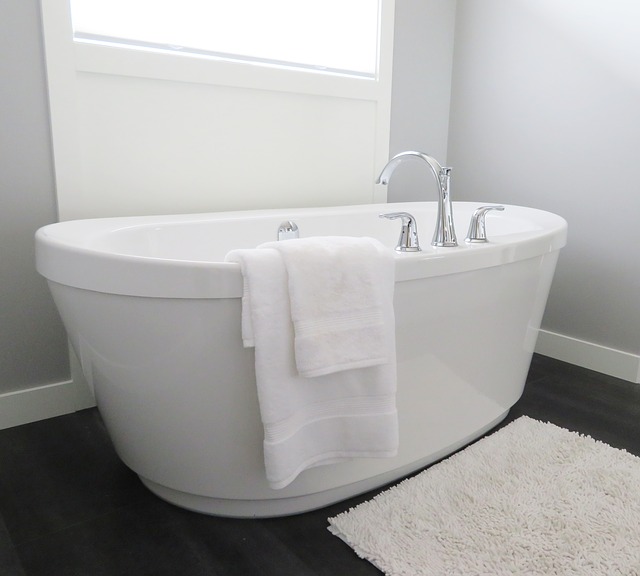 Next to the number of bedrooms, the number of bathrooms in a house is a huge selling point. But when perusing home listings, you’ll quickly realize that bathroom math isn’t so simple.

For example, you may see that a particular place may be listed as having two full bathrooms and one half-bath. But what is a half-bath, exactly? Or a quarter-bath, or three-quarter bath, or “full bath” for that matter?

Let’s run through the numbers! Bathroom numbers, that is.

What is a full bathroom?

First, let’s start with the whole caboodle. In order for a room to be listed as a “full bath,” it must contain four key fixtures: a toilet, sink, bathtub, and shower. A full bathroom off the master bedroom is one of the most desired features by today’s home buyers, according to a survey conducted by the National Association of Home Builders. Other features that are popular in a full bath but are not necessary for that designation include a linen closet, bidet, makeup station, and/or double sink.

What is a half-bath?

A half-bath, also known as a powder room or guest bath, has only two of the four main bathroom components—typically a toilet and sink. The half-bath is generally located on the main level of a multistory home. It is used by guests who come by to visit for a few hours.

Most real estate agents will tell you that adding a half-bath to your home is one of the most profitable home improvements you can make.

If you spend about $4,000, and that’s really all it should cost to convert a closet to a half-bath. That and more will definitely come back to you when you sell your home.

What is a three-quarter bath?

You’ve probably figured out by now that a three-quarter bathroom lacks one of the four fixtures listed above. That would most commonly be the tub. A three-quarter bathroom most often has an upright stall shower, a sink, and a toilet. But in older houses or condos, a three-quarter bath might have just a sink, toilet, and tub, but no shower. In this case, the new owner almost always converts it to a full bathroom by installing a shower head over the tub, and enclosing it with a shower curtain. That’s an easy and inexpensive way to do a quick upgrade, especially if the walls around the bathtub are already tiled.

What is a quarter bath?

And finally, what of the humble quarter bathroom? A room with just one of the four elements—typically a toilet. Quarter bathrooms are rare for good reason. Who doesn’t want to wash their hands after attending to their business? Another type of quarter bathroom is just a shower, often located out by a pool to rinse off.

Do two half-baths equal a whole?

If a home is listed as having three bathrooms and two half-baths, why don’t they just add them all together and say there are four bathrooms? That would seem logical, but each bathroom must be listed separately, because this gives home buyers a better sense of the home’s features and their options when they’ve gotta go.